Researchers often rely on survey data to assess how the amount of household assets and savings affect political preferences across time and space. Many of survey items designed to measure wealth and savings ask about several traditional assets and saving instruments to compare households in different countries: real estate, vehicles, stocks, bonds, retirement plans, savings accounts to name a few. Although these questions are successful in measuring wealth and savings in advanced industrial countries, they could lead to mismeasurement in countries with different traditions and cultural norms.  Differences in the cultural perception of the riskiness of investment instruments and traditional gift-giving practices affect the way people make decisions about how to store their wealth and how to save their income. One investment tool predominantly used by individuals in emerging markets that are often overlooked in survey research is gold and jewelry.

Gold, either in coin or jewelry form, has many advantages for consumers in developing countries as an investment instrument. First, in economic systems with low financial development, investing in gold is a more accessible option for many, especially for citizens with lower education levels, than navigating the complicated banking system.  Second, in countries with underdeveloped credit markets, accumulating precautionary wealth is more advantageous and less risky than trying to get a loan in the event of a negative economic shock. Gold, especially jewelry, is an excellent option as a precautionary asset that can also be used as a fashion accessory in times of economic prosperity. Third, the culture of gift giving is also prevalent in determining the importance of gold within an economy as an investment tool. For example, in countries like Turkey and India, gifts of gold jewelry and coins play an essential role in occasions such as weddings. In fact, in these countries, most newly married couples' asset portfolio only consists of the gold they have received as gifts (Ertimur and Sandikci,2014). Given its prevalence, surveys designed to be implemented primarily in developed economies underestimate the importance of gold and jewelry as asset holdings and saving mechanisms in countries like Turkey, China, India, and Thailand.

How could the importance of gold and jewelry in specific contexts be a problem for social scientists interested in wealth inequality? Let us take Turkey as an example. Estimates of Istanbul Gold Refinery reveals that the amount of gold ‘kept under the pillow’ by Turkish households could be as large as 5,000 tonnes, which is worth over 100 billion dollars (footnote:https://www.bloomberght.com/piyasalar/haber/2077068-turkiye-de-2500-ila-...). According to the Turkish Statistical Institute,  from a total of 59,855 households surveyed between 2002 and 2006,  81.7 percent of the households indicate that they did not have any savings.  2.8 percent of the households invested in real estate, 3.7 percent invested in gold, 4 percent invested in foreign currency, 0.5 percent invested in capital market instruments (stocks, bonds, or treasury bills), 4.3 percent invested in business activities, and 2.6 percent chose to deposit savings into their bank accounts. These numbers reveal that almost 20 percent of households that had some savings kept those savings in gold (Temel -Nalin,2013) . It is clear that gold is a significant investment channel that should not be overlooked by social scientists interested in wealth and savings. 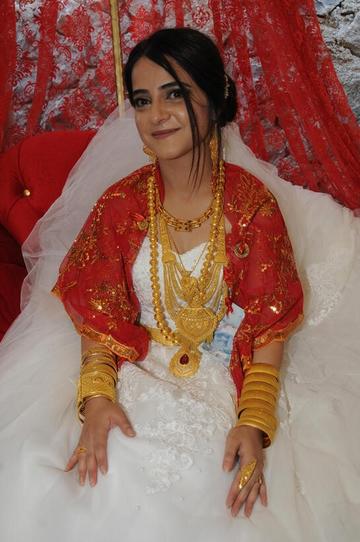 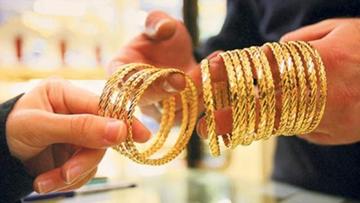 A cross-national survey design that aims to measure wealth across different countries will significantly underestimate the wealth of Turkish respondents if the survey has no questions on gold and jewelry holdings. Furthermore, in line with the anecdotal evidence that suggests it is usually the low and middle-income families that invest in gold, if there is a structural difference between the investment instruments used by different socio-economic classes, the inequality measures calculated from the survey data will substantially overestimate wealth inequality.

As Jacob Nyrup said in a previous blog post, there is no perfect way of asking "how rich are you?" especially when the data collection effort is cross-national, and there are undoubtedly many wrong ways to do it.  Thus, putting an extra effort to identify traditional investment and saving preferences in developing countries is an essential task that researchers should take seriously before embarking on collecting cross-national microdata on wealth.