Taking Credit: Redistribution and Borrowing in an Age of Economic Polarization 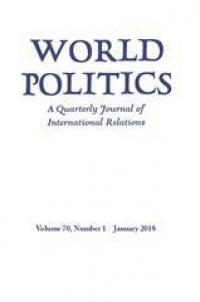 Several recent studies link rising income inequality in the United States to the global financial crisis, arguing that US politicians did not respond to growing inequality with fiscal redistribution. Instead, Americans saved less and borrowed more to maintain relative consumption in the face of widening economic disparities. This article proposes a theory in which fiscal redistribution dampens the willingness of citizens to borrow to fund current consumption. A key implication is that pretax inequality will be more tightly linked with credit in less redistributive countries. The long-run partisan composition of government is, in turn, a key determinant of redistributive effort. Examining a panel of eighteen OECD democracies, the authors find that countries with limited histories of left-wing participation in government are significantly more likely see credit expansion as prefisc inequality grows compared to those in which the political left has been more influential.

To see this edition of World Politics online, click here.