Adequate, equitable, and universal provision of public goods and services by the government is widely viewed as necessary for good governance because it promotes economic development, economic growth, and citizen welfare. A plethora of empirical evidence convincingly shows that governmental investments in and expansion of basic service provisions, such as primary education and healthcare, decrease child mortality, increase life expectancy and improve educational attainment (Baum and Lake, 2003). Given its prevalence, the political determinants and consequences of public service provision are one of the most studied topics in social sciences.

Existing studies of distributive politics mainly focus on answering two separate but related questions. First, scholars have allocated much attention to establishing “who gets what” when politicians in power have substantial discretion over the allocation of public services in different institutional, social, and economic settings (Huber, Mustillo, and Stephens, 2008). These studies have investigated whether governments target public goods to urban communities (Majumdar, Mani and Mukand, 2004), their co-ethnics (Burgess et al., 2015), or core constituents (Cox and McCubbins, 1986; Dixit and Londregan, 1996) to maximize their re-election chances in upcoming elections. A considerable amount of scholarly work has also investigated whether the incidence and patterns of allocation are different among ethnically homogeneous and heterogeneous settings (Alesina, Baqir, and Easterly, 1999; Baldwin and Huber, 2010; Kustov and Pardelli, 2018) as well as democracies and non-democracies (Stasavage, 2005).

The second line of research has sought to assess the electoral returns gained from the provision of public goods and services. Surprisingly, except for a few recent contributions, there has been little quantitative analysis of whether – or under what conditions – voters electorally reward politicians in power for delivering on services, providing conflicting evidence for the extent to which democratic accountability works in developing countries (Harding, 2015; De Kadt and Lieberman, 2020; Bursztyn, 2016; Imai, King, and Velasco Rivera, 2020). Similarly, there is little evidence of how wealth-or-house prices affect electoral returns to public service provision. 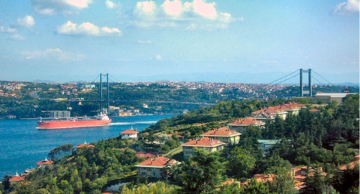 In a paper with Serkant Adiguzel and Gozde Corekcioglu, we investigate if – and how – wealth affects the ways in which voters react to increasing proximity to free healthcare clinics in Istanbul, Turkey. The central premise is that changes in accessibility, as a function of geographical proximity, will be more critical for poorer citizens in evaluating how the government performs when making electoral decisions. Income or wealth determines the reliance on the governmental provision of free and universal services and resources that could be spent to commute to the provider. A household with better financial means can use a private provider in the absence of a readily accessible public healthcare facility (or any other public good). 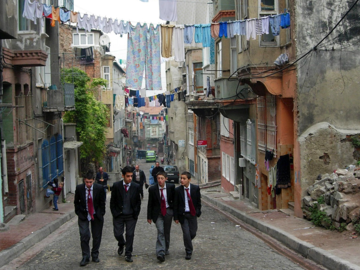 Also, for these types of households, the cost – both in financial and temporal terms – of accessing the provider will be relatively lower compared with those with modest means: a family that owns a car can easily travel to a clinic that is 30 miles away; in contrast, this might prove prohibitively costly, challenging, and time-consuming for a family without a car.

Leveraging the Family Medicine Reform in Turkey, which gave rise to an exogenous variation in voter proximity to the free health clinics in Istanbul, we find communities with lower house prices were more responsive to improvements in spatial accessibility to the local clinics compared to neighborhoods with higher house prices. Neighborhoods with lower house prices disproportionately rewarded the AKP, the incumbent party, when local health clinics moved closer. While we analyze data from one country, our findings suggest that wealth, or house prices, should be taken into account in analyzing election results.

Bursztyn, Leonardo. 2016. “Poverty and the Political Economy of Public Education Spending: Evidence from Brazil.” Journal of the European Economic Association 14(5):1101–1128.